Review by Christina D.
I am not sure what is up with all the hate. Donnie is a sweet guy with a sense of humor maybe you can only find in the south. He loves to talk up a storm…
Rating: 4

Review by Henry S.
So the last time we stopped by, the food and portions were both incredible.

I honestly think bringing the wife improves the odds and the owner enjoys the…
Rating: 4

Review by Cheri W.
Ok first let me say the food was good not great but good. The place is filthy. Walk in side door & green? curtain look black filth. Walk up to menu easel…
Rating: 1 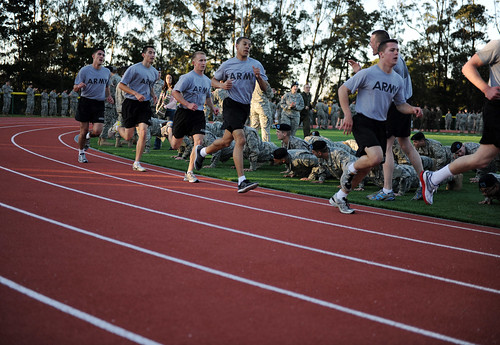 Image by Presidio of Monterey: DLIFLC & USAG
PRESIDIO OF MONTEREY, Calif. — It was an Air Force sweep at the first DLIFLC Commander’s Cup of 2011. Under sunny skies, Air Force took first place in the Men’s and Women’s categories and held on to the Commander’s Cup trophy for another quarter.